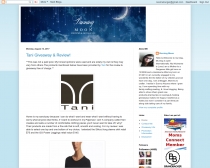 To be honest, I have never been a big fan of sports, however the Harlem Globetrotters is different when it comes to me wanting to watch them. They provide more than just a game of basketball, it is a show and a whole experience that is a lot of fun to see in person (or on TV). My great-grandma was a big fan of theirs and always watched them on TV so I remember seeing some of the crazy things they did as a kid watching it with her. My husband enjoys them as well & has always wanted to see them live so when I was provided with the chance to be able to take my husband and kids to see a live show, how could I say no? 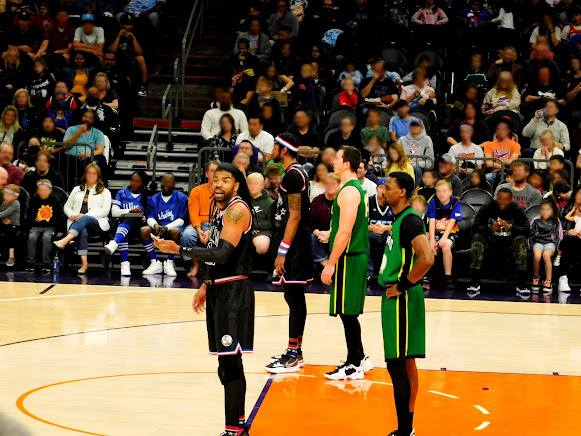 The Harlem Globetrotters recently came to Arizona and played not one, but three different cities. We attended the game in downtown Phoenix at the Footprint Center. Getting into the center and into our seats went smoothly and both teams were out on the court practicing before the game so that everyone could watch. 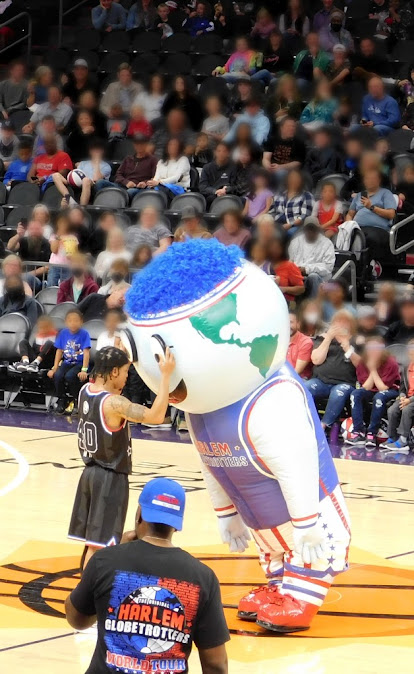 In total the show was about two hours long and the entire time you were either smiling, shouting with excitement or laughing at something that was going on. All of the players really put a lot into their performances and it showed, they all seemed like they were having a great time which in turn put the crowd into an even better mood. Some of the seats were court side and the players interacted with some of the members sitting in those seats which was fun to see, one of the husbands was drawn out to the floor to dance with a player and he was even swept up off his feet by the player. 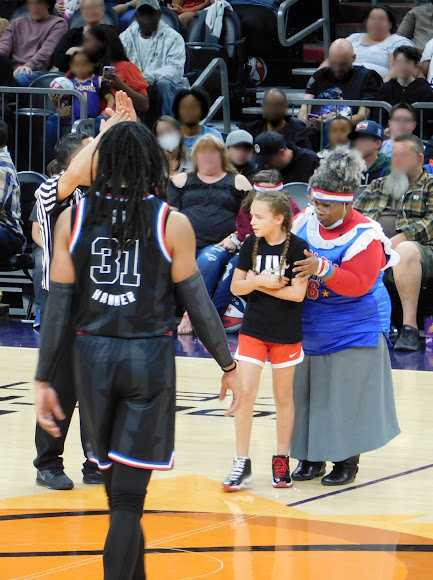 My family had a great time watching the crazy moves the players were able to pull off along with some of the silly scripted parts like Hammer giving his number out to a woman in the crowed then getting a phone call right after that was put onto speaker, who was calling? A bill collector trying to get him to pay a past due bill, and the whole time he was on the phone he was still playing ball. We also had a lot of fun watching both of the mascots they had come out and do performances, we especially loved Big G. It is an event I would happily attend again, and it is an event I would recommend to anyone looking for something new and exciting to go see even if you aren't a basketball fan.

Click HERE to see a highlight reel I put together of some action from the game.

Are you a fan of the Globetrotters? Have you ever been to a show in person?

Disclaimer- The Harlem Globetrotters provided four tickets to the show for the review  free of charge no other compensation was provided. However, no product compensation will influence the outcome of any review. My honest opinions are used in all reviews, they are solely my own & they may vary from others. My reviews are posted for readers in order to provide an informed decision before purchase.

For the full review: http://themoonlitnook.blogspot.com/2022/03/harlem-globetrotters-live.html

Leave a Comment
submit a review Join our blog team

Proud Member of The US Family Guide Network